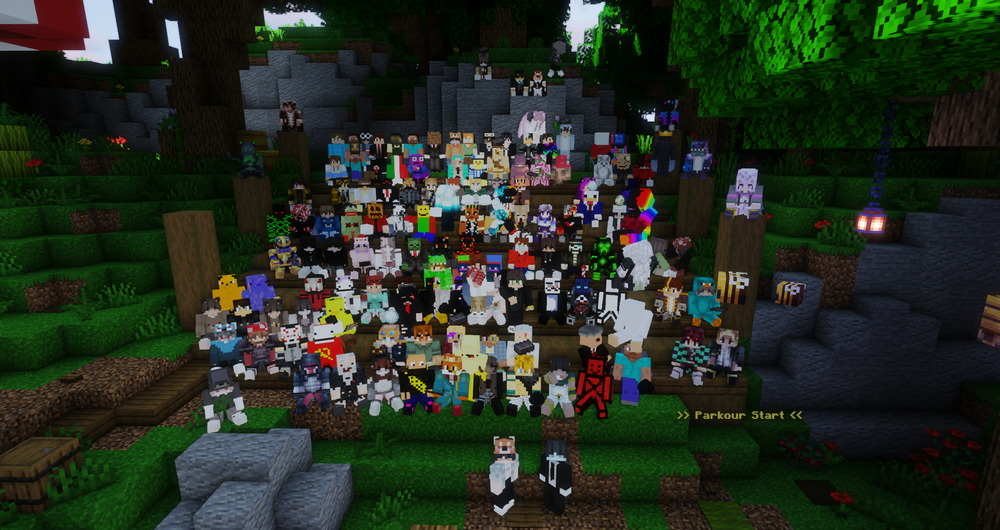 Just over one year ago ern and I started VanillaHub as a fun project during the pandemic, our country was in complete lockdown and we had been playing Minecraft survival together throughout it. We decided to set up a simple survival server, originally called VanillaPod, both putting in £30 to rent a server and seeing how big we could grow the community.

After spending around 3 - 4 weeks setting the server up, we posted our server on Planet Minecraft and hoped for the best. Within a couple of hours, we had around 15-20 players online, we couldn't believe it, as we expected at most 5 players to join. We continued to have around 15-20 players for the week and then exploded to 50 players within a couple more weeks. This meant we had to make some serious changes to our server, investing more money into renting a much more powerful server. Throughout all the issues we had during the first couple of months, the community always stayed strong and never gave up. This is when we instantly knew we had started something amazing.

The community continued to grow over the next few months, and so we released VanillaCloud, originally a separate server to VanillaPod, they eventually merged and became the server we know today, VanillaHub. We honestly never expected for the server to grow this big, forever exceeding our expectations and reaching new records for the server almost every day.

As you all know we have a small team of staff and ex-staff now who we would like to thank for helping us out so much during this past year, keeping the server alive, moderating our community and making sure the server stays positive and friendly place. This has been such a blessing to have such a group of dedicated staff who help us out every day!

VanillaHub is now something we spend most of our days working on alongside university. We always want to make sure VanillaHub is the best it can be, although sometimes glitchy & broken, we believe we have created something special for everyone and a place for people to be themselves and have fun! Whether you are someone who plays every day, a casual player who hops on a few times a week or an OG who comes online once in a while to say hi, we are so grateful and we couldn't thank you all enough for being a part of VanillaHub.

We are so excited for the future of VanillaHub and we hope you follow us in this journey.

Get the latest posts delivered right to your inbox.

Apparently there are no posts at the moment, check again later.

No results for your search, please try with something else.